Emoto worked with the music department and creative team at Deutsch LA for the Taco Bell “Desperate Dinners” radio campaign, featuring a 90s-era jingle that updates frequently. The Emoto Group-Three Singers record tongue-in-cheek tongue-twisters for both the general market and multi-cultural versions that included spots like “Cupful of Ramen”, “Boyfriend-Made Dinner”, and “Overly Ambitious Dinner”. What’s on the menu at your home tonight?  Will it be breakfast for dinner or possibly pasta!

Check out a quick medley featuring some of the work below!

Broad City is the latest show to license music from Opus Orange’s library. The second of the two tracks, “Take Your Time” can be heard in the episode “Bedbugs,” airing for the first time on Wednesday, Nov. 29th at 7:30pm EST / 10:30pm PST. In this episode #409 “a fancy new bag gives Abbi confidence during unemployment. Ilana and Jaimé deal with an inevitable New York City nightmare: bedbugs.” Previously licensed on October 25th for episode #406 was the single, “When I Look In Your Eyes.”

This will be Opus Orange’s second placement on the half-hour scripted series on Comedy Central adapted from the critically acclaimed web series created by and starring Abbi Jacobson and Ilana Glazer as 20-something best friends who are trying to navigate life in New York, despite that their adventures always seem to lead down unexpected and bizarre paths. They have very little money, but they are survivors who aren’t afraid to throw themselves into sticky situations, no matter how messy the end results may be. Jacobson and Glazer both honed their comedy chops at New York’s Upright Citizens Brigade Theater. UCB co-founded Amy Poehler is an executive producer on the series and joins Fred Armisen, Rachel Dratch, Janeane Garofalo, Michelle Hurst, Jason Mantzoukas and Amy Sedaris, among others, as guest stars.

This project for MoMA with WAX Studios in NYC is a promo for the upcoming show “ITEMS: Is Fashion Modern” on display from October 1 through January 28. The show examines the present, past—and sometimes the future—of 111 items of clothing and accessories that have had a strong impact on the world in the 20th and 21st centuries—and continue to hold currency today.

The score uses only sounds from the fashion world – coat hangers, leather belts, scissors, cloth tears, velcro rips, sewing machine, high heels, perfume spray. The sounds were sourced from One Thousand Birds and organized into music by our very own Paul Bessenbacher.

Opus Orange’s “The Next World” from the Balance EP has been licensed for an upcoming episode entitled “Irish Goodbye” of the comedy series Younger on TV Land.  In the scene featuring the song, Liza confronts Josh about the lie he wants her to tell.

You can catch the season finale on TV Land:

Younger Season 4 is an original show for TV Land starring Sutton Foster and Hillary Duff. It’s created by Sex and The City’s Darren Star, and is reaching the 18-49 male and female audience. Sutton Foster stars as Liza, a forty year-old woman, who lives her life as a twenty six-year old in order to land a swanky publishing job. Younger follows Liza’s newly fabricated life and the friends she meets along the way while adjusting to the millennial city life.

Emoto’s Paul Bessenbacher worked with director, Dave Meyers and Dolly Singh, founder and CEO of Thesis Couture on their latest NSFW film:  The status quo is no longer acceptable to the women of this generation. We must elevate our expectations, to elevate our experience. We must Break Through and find our thrones. 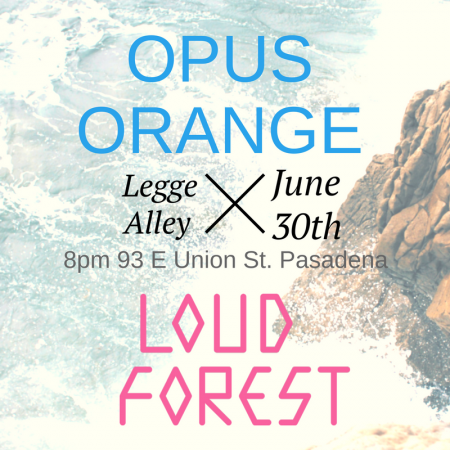 Emoto featured artists Loud Forest and Opus Orange are performing on June 30! Join us for this summer concert at one of our favorite venues as we celebrate the debut of Loud Forest’s latest single “I’m Not Your Girl.”

Emoto featured artist, Opus Orange is perfoming an intimate acoustic show on Friday, June 2. Hosted at a private loft in the Fashion District of Downtown LA, the performance will be filmed as part of a featured segment for a Chinese travel program.

Seating is limited so please RSVP to confirm your spot on the list today!

Emoto Music’s featured artist, Opus Orange, released an arrangement of Henry Mancini‘s classic Moon River featuring Kotomi. The song was featured in TuneCore‘s #NewMusicFriday blog. The song is available everywhere including iTunes, Spotify, Bandcamp, SoundCloud and Amazon or you can give it a listen below.